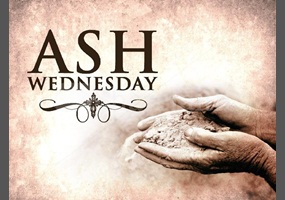 Should some religious practices like Ash Wednesday be retired?