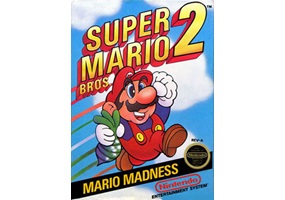 Should Super Mario Bros. 2 be considered a Mario game?