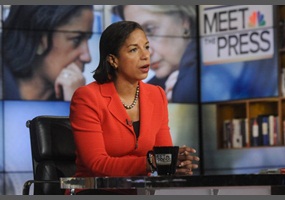 Should Susan Rice have regrets for what happened in Benghazi?