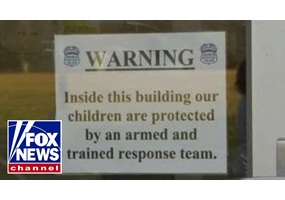 Should teachers be armed to protect their students from school shootings?

Should teachers be armed to protect their students from school shootings?
48% Say Yes
52% Say No
Load More Arguments
Leave a comment...
(Maximum 900 words)
DJCOLE says2019-05-08T14:34:06.417
Report Post
Yes certain people should be armed. A gun free zone is nothing but a target to these crazies. If there are people that are armed it can reduce the chance of this happening. The shooters are wimps and they look for easy targets. I am not saying all teachers and staff need to be armed but if some are it can help. They will need to be trained properly and the students or teachers do not need to know who is armed. If the person that is armed, It is up to them to talk about it to others but I don't think that is a good idea. I myself would not want to advertise that I am armed.
Privacy Policy | Terms of Use
Sitemap | View Desktop Version
©2020 Debate.org. All rights reserved.