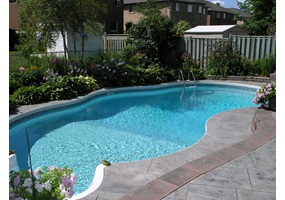 Should teenage girls be allowed to wear bikinis on field trips involving swimming?