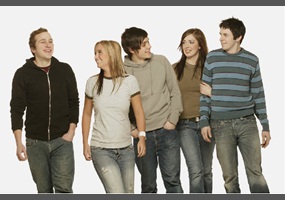 Should the age of majority be raised to 21?

Asked by: dinah
United States, Canada, Pornography, Wikimedia Foundation
Should the age of majority be raised to 21?
68% Say Yes
32% Say No
Load More Arguments
Leave a comment...
(Maximum 900 words)
Bullish says2013-05-23T00:40:00.173
Report Post
The age of majority should be somewhere between 16 and 25. Everyone's brains develop differently, so ideally, there would be a test other than age to determine maturity. 18 seems alright for now. Some times, a person is simply too stupid to ever reach the "age of majority".
Raiseitbackto21 says2014-07-19T15:27:54.097
Report Post
The age of majority needs to be raised back to 21 and how do we do this this is ? It use to be 21 before the Vietnam war it was unacceptable that they were putting children into the war just because they didn't have enough people. These children are still developing at 18 and should not be considered " legally competent" they are to young to be considered adults at 18 because there brains are still developing and they don't know how to take care of themselves.
Privacy Policy | Terms of Use
Sitemap | View Desktop Version
©2021 Debate.org. All rights reserved.