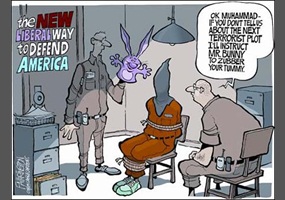 Should The CIA Keep Torturing Terrorists