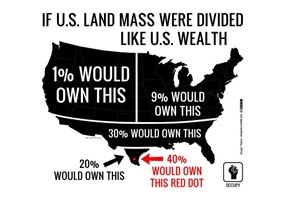 Should the distribution of wealth in the United States be more equal?