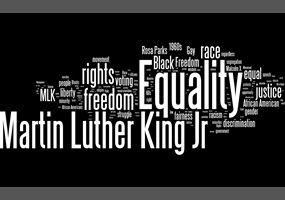 Should the gay movement be compared to the African American Civil Rights Movement?

Asked by: Fictional-Reality
African-American Civil Rights Movement, United States
Should the gay movement be compared to the African American Civil Rights Movement?
50% Say Yes
50% Say No
Leave a comment...
(Maximum 900 words)
lucinordiche says2013-07-04T00:17:18.077
Report Post
I simply cannot continue debating this topic. Not because people disagree with me (it's America ya hear?) but because the lack of knowledge, or willingness, in the responses. Do gays face adversity? Yes! And at an extreme level. Http://www.Fbi.Gov/news/stories/2012/december/annual-hate-crimes-report-released/annual-hate-crimes-report-released Sexual orientation is the second largest item that is targeted for hate crimes in 2012.

I could back up my claims with research but the best research I have is life and the discrimination I've faced in my daily life as a gay man. When I hold my boyfriend's hand in public, I get stared out or hurled insults. Some people have been beaten or killed for the same or similar heteronormative actions. In one time, people were arrested! (Do your research)

I hope everyone will consider watching documentaries about gay oppression, from Stonewall (and before) to gay transformation camp. It might open your eyes, or maybe not, but it's worth a shot. Otherwise, talk to your gay friends or family if you have any about their experiences...I'd be happy to discuss one on one that things I've seen and experienced and the many things my close friends have experienced.

I am not upset with anyone for being against gay "lifestyle", however, as Americans, we must respect equality and legal freedoms. To downplay the gay struggle and movement with no basis (asking -stupid- questions like Have gays ever been arrested for being gay?) shows a lack of willingness to accept the reality of the gay life. It is easier today than history has shown it to be in the past...But do we face struggle and harsh adversity? Yes. The downplaying on here shows me that the there is so much more work even still to do. And that's okay. You do not have to agree with me but I needed to get this out because I did take it personally for a bit (over it now) because it is my every day life. That is all.
Privacy Policy | Terms of Use
Sitemap | View Desktop Version
©2021 Debate.org. All rights reserved.