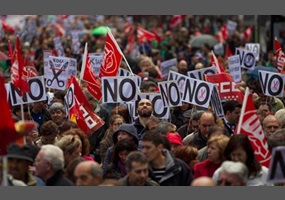 Should the Palestinian response to Israeli aggression be considered terrorism?