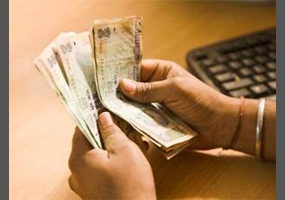 Should the rich be taxed more?

Switzerland, United States, Pam Tillis
Should the rich be taxed more?
47% Say Yes
53% Say No
Load More Arguments
Leave a comment...
(Maximum 900 words)
chriswalczyk55 says2013-09-29T21:13:11.653
Report Post
What people have to understand about increasing taxes on the rich, which is one of Obama's major plans during his second term, is that it will not promote any stimulation in our economy. The basis of Obama's plan is to increase taxes on the rich, and give to the poor, without strengthening any type of industry that may lead to the stimulation of our economy. Taxing the rich will not decrease the unemployment rate, and it will not strengthen the U.S. Economy. All it will do is put money in the hands of people who either cannot find work, or who are satisfied with an extremely low check from the government every week. On the other hand, using government income to strengthen major corporations and industries in the U.S., which was one of Mitt Romney's major plans for America, would have had a much greater chance of creating jobs, and putting unemployed American's back to work. This is plan that democrats have absolutely no understanding of. All they care about is making the middle and upper class satisfy the financial needs of the poor, which will not promote any stimulation in our economy. This is a system that has to change in America if any economic success is going to occur over the next four years.
Privacy Policy | Terms of Use
Sitemap | View Desktop Version
©2021 Debate.org. All rights reserved.