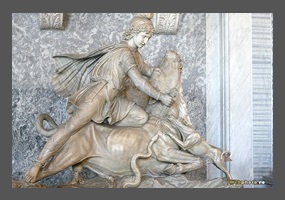 Should the sacrifice of animals for religious purposes be banned?

Jesus, God, Sacrifice
Should the sacrifice of animals for religious purposes be banned?
69% Say Yes
31% Say No
Load More Arguments
Leave a comment...
(Maximum 900 words)
Anonymous says2013-09-01T20:31:05.057
Report Post
Animal sacrifice is an absolutely disgusting obsolete practice. The whole moral idea behind this pratice doesn't even hold relevant in this century. People in the primitive times followed this ritual to please the gods by sacrificing what was most important to their survival which was their livestock. But this doesn't hold true for any of us nowdays. So how can we even think of justifying something so gruesome and inhuman in the 21st century especially when the whole morale behind this practice is outdated. Killing innocent creatures in the name of religion is absolutely shocking. For those who are theists, let me put forward a simple argument. Since god himself gave life to every creature, it is only plausible to assume that he wants these creatures to live a natural life on the face of the earth. And instead of letting them be, we take away their lives and dump the bodies in front of a temple to please the gods and with the selfish hope of some reward or blessing. It's sad that science thinks of us as beings that are more evolved and more practical. Clearly, we're not.
Privacy Policy | Terms of Use
Sitemap | View Desktop Version
©2021 Debate.org. All rights reserved.