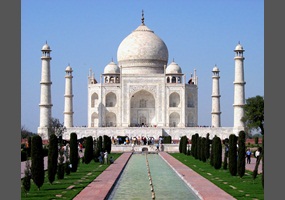 Should the Taj Mahal be preserved?