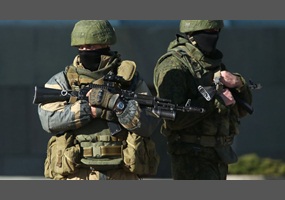 Should the U.S. become involved in the conflict between Russia and the Ukraine?