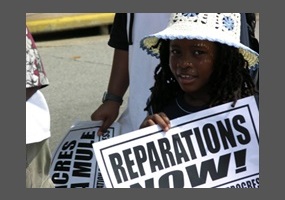 Should the U.S. pay reparations for slavery?