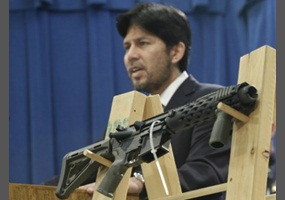 Should the United States ban guns?

United States, Dogs, Recreation
Should the United States ban guns?
25% Say Yes
75% Say No
Leave a comment...
(Maximum 900 words)
Swift-Silent-Deadly says2014-02-07T14:24:39.213
Report Post
Extremely tired of Weapons and Religious debates on this Forum. Good luck to any Tyrant trying to perform a Genocide on Religious Zealots or take weapons away from the masses! NOT GOING TO HAPPEN, let it go Everyone! Can we find something else to talk about PLEASE!
Privacy Policy | Terms of Use
Sitemap | View Desktop Version
©2020 Debate.org. All rights reserved.