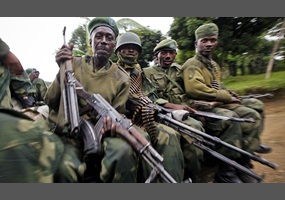 Should the United States get involved in the Congolese Civil War?