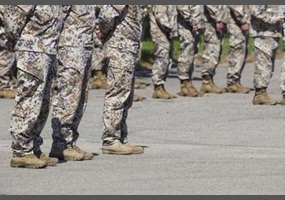 Should the United States require mandatory national service in the form of a draft or required civil service?


If the U.S. makes such a move, it SHOULD include women. In Israel, women are expected to serve perform compulsory military service -- just like the men. In modern society, where women expect equal rights, it only makes sense to treat them equally in Defense matters. It would probably increase respect, from the men within the ranks. It could even lower the number of harassment/rape/abuse claims that we are currently seeing, inside the military.


For more information, consider this article: "Women In Combat: Some Lessons From Israel's Military", by Larry Abramson. It can found online.
Privacy Policy | Terms of Use
Sitemap | View Desktop Version
©2021 Debate.org. All rights reserved.