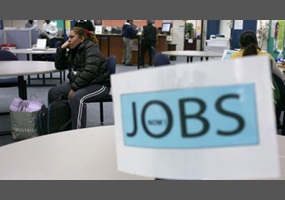 Should the United States spend less money on government jobs?