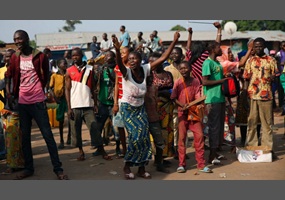 Should the US support Christian (yes) or Moslem (no) forces in Central Africa?

In fact there's at least a third option of neither, and a forth of both.
Privacy Policy | Terms of Use
Sitemap | View Desktop Version
©2020 Debate.org. All rights reserved.