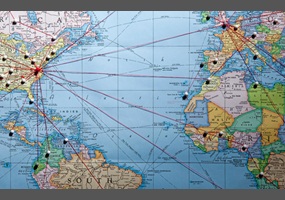 Should there be a code of conduct for airplane passengers?