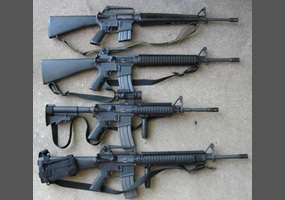 Should there be an outright ban on guns?