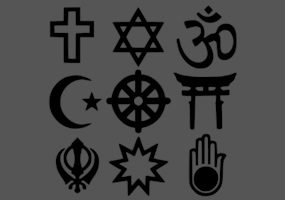 Should there be more than one religion