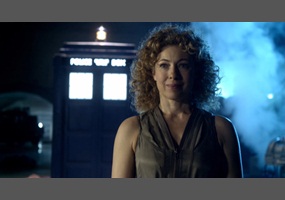 Should there ever be a female Doctor Who?