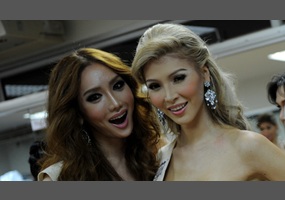 Should transgender people be allowed in beauty pageants?