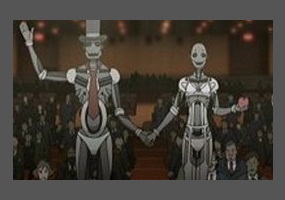 Should true Artificial Intelligence be granted person-hood and rights?