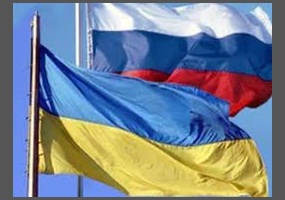 Should Ukraine become part of the EU (Yes) or Russia (No)?

Asked by: BurritoBoy69
Should Ukraine become part of the EU (Yes) or Russia (No)?
13% Say Yes
88% Say No
Leave a comment...
(Maximum 900 words)
RandyAllen says2016-04-12T09:23:56.557
Report Post
I do not see a choice here. Well, it would be good for Ukraine to become a EU country, no doubt. But I do not think it's a good idea for current Europe to shoulder a new burden while it has own weight of problems and weaknesses (Greece, Italy, Portugal). I think Ukrainians should realize at last that freedoms, nations and partnerships are not made with pen and paper, but with common thinking and values. We cannot sponsor the bankrupt country, the country where advantage is achieved mostly through out-and-out corruption in business, politics and daily living. So I'm sure Europe should build relations with Ukraine only on the base of various trade agreements, cooperating were it benefits both.
Privacy Policy | Terms of Use
Sitemap | View Desktop Version
©2022 Debate.org. All rights reserved.