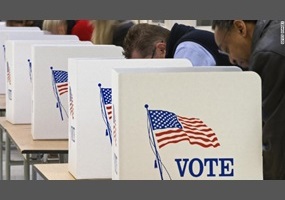 Should voting be compulsory?

Politics
Should voting be compulsory?
40% Say Yes
60% Say No
Load More Arguments
Leave a comment...
(Maximum 900 words)
Quan says2013-06-06T15:17:54.337
Report Post
I recall someone who went on record saying she only voted for Obama "because he's black." We do not need any more half-assed voters toying with the future of our country.
Privacy Policy | Terms of Use
Sitemap | View Desktop Version
©2021 Debate.org. All rights reserved.