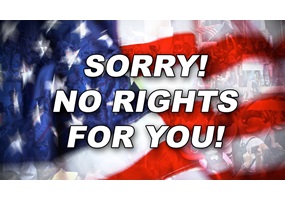 Should we abolish the 19th amendment? (it gives women right)

If we get rid of the right to not let any polling stations and your state stop you from voting, Things could turn bad if we get a strong government who doesn't like women's rights. However, I think since everyone agrees women's rights are human rights, Everyone is going to be allowed to vote.

I think everyone above the age of 18 except people who committed severe crimes should be allowed to vote. It helps decide what society should do. Obviously when women vote there will be a lot more Democrat votes because of media influence, But it's our right. I just think women need to be more informed.
trehtujik says2021-09-01T23:03:46.670
Report Post
Why does debate. Org allow so many "arguments" that are just hate speech? I think Debate. Org should do a better job at getting rid of hate speech. I do not mean getting political opinions that are perceived as hateful but still backed up with evidence and reason removed. I mean that they should be better at removing content that says hateful things that give no evidence to back up their claims, Use inflammatory language, And adds nothing to the conversation, Removed. And I have seen way too much of the latter.
Privacy Policy | Terms of Use
Sitemap | View Desktop Version
©2021 Debate.org. All rights reserved.