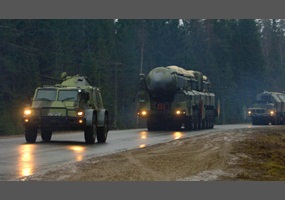 Should we be concerned about the Russian missile test?