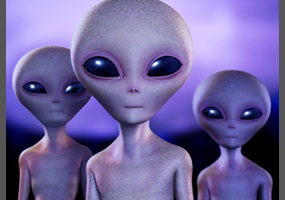 Should we believe in aliens?