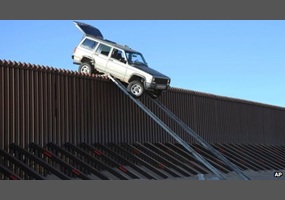 Should we build an electric fence on the America-Mexico border?