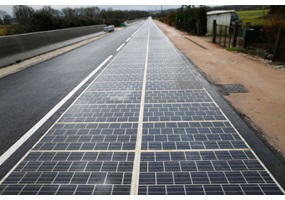 Should we build our roads out of solar panels?

Should we build our roads out of solar panels?
17% Say Yes
83% Say No
Leave a comment...
(Maximum 900 words)
Krystan says2020-08-25T08:21:00.097
Report Post
I have heard from above comment that we have to pay a lot of money for the solar panel, It seems to be a modern look but It may not be popular for some reasons. Such as money or process. But I hope that in the future, We completely gain the best modern things in life, And the world might be so futuristic.
Privacy Policy | Terms of Use
Sitemap | View Desktop Version
©2021 Debate.org. All rights reserved.