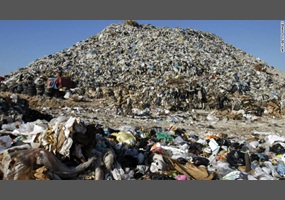 Should we dump our trash into space?