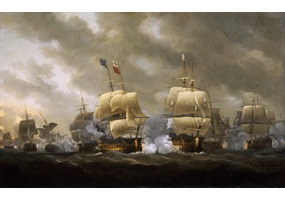 Should we go back to 18th/early 19th century warfare?