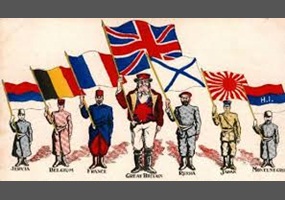 Should we go back to a nationalist world? (no UN, EU, NATO, Etc)