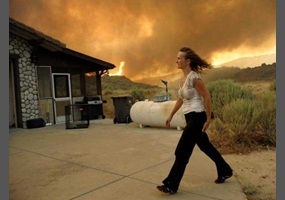 Should we put out forest fires?