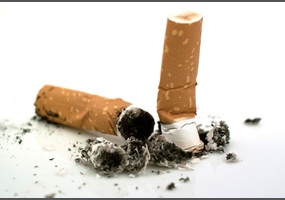 Should we work to completely eradicate smoking in America?