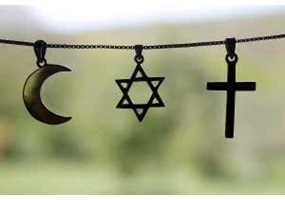 Should you make your kid learn your religion?

Should you make your kid learn your religion?
25% Say Yes
75% Say No
Leave a comment...
(Maximum 900 words)
GuyIncognito1 says2020-09-10T09:58:40.253
Report Post
Yes. Parents should have freedom in raising their children. They are exercising their right to religious freedom.
Privacy Policy | Terms of Use
Sitemap | View Desktop Version
©2021 Debate.org. All rights reserved.