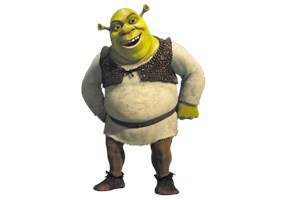 Shrek is an omnipotent god