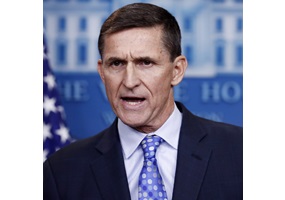 So TRUMP pardoned criminal Flynn; what do you think?