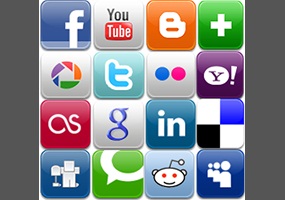 Asked by: TheBunnyAssassin
Facebook
Social media does more harm than good.
60% Say Yes
40% Say No
Load More Arguments
Leave a comment...
(Maximum 900 words)
fractaldreams says2013-07-15T18:01:57.227
Report Post
There's a whole bunch of interesting articles on the subject of how social media can, in fact, prove rather anti-social and has the potential to cause us unhappiness and stress (we really don't need), here's a couple:

Basically, you've got to be strong and confident if you're going to swim in those shark-infested waters! (sorry sharks, i do actually like you very much and we are more of a threat to you than you are to us!)
TheBunnyAssassin says2013-07-16T04:40:34.450
Report Post
Meh, sorta useful I guess...
Privacy Policy | Terms of Use
Sitemap | View Desktop Version
©2020 Debate.org. All rights reserved.