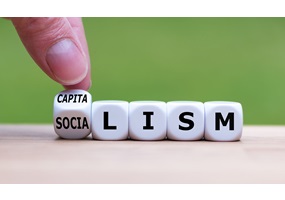 Asked by: lasya
Trump, Biden, Bernie, mixed economy, Capitalism, right wing, Socialism, Sweden, free-market, us, leftist
Socialism vs capitalism
33% Say Yes
67% Say No
Leave a comment...
(Maximum 900 words)
Yamuna_Ventura says2020-09-03T04:08:07.253
Report Post
I like socialism more but not of the socialism that is on the history books, I believe in libertarian socialism but you have to be mature to understand.
Privacy Policy | Terms of Use
Sitemap | View Desktop Version
©2021 Debate.org. All rights reserved.