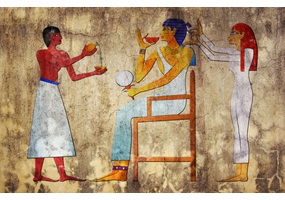 The Ancient Egyptians were white