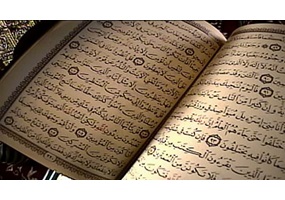 The whole flat earth nonsense came from the koran