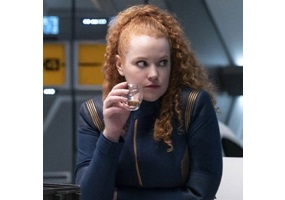 There's Something About Tilly: Sylvia Tilly from Star Trek: Discovery