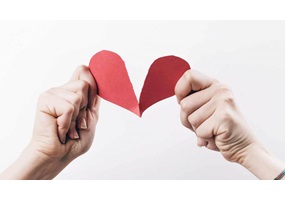 Valentines Day is dead. Men no longer want to date.