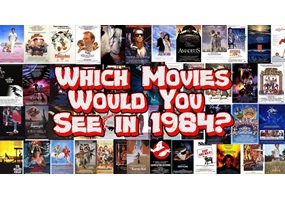 Was 1984 the greatest year ever for Movies?