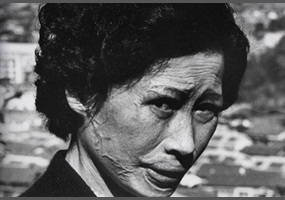 Asked by: revic
Was A-bombing Japan justified?
56% Say Yes
44% Say No
Load More Arguments
Leave a comment...
(Maximum 900 words)
jrrjacques says2014-04-29T02:12:16.137
Report Post
I am posting this here for people are more apt to read comments then people reasons for voting. This is to those Cons of this opinion Pole, the first three to be exact.
Mr. Kbub these were for the most part different men who decided to use this weapon of mass destruction. Yes a few of them had given orders before that resulted in unnecessary deaths but this pole is not about that. You say it was an act of terrorism, and Mr. Seeginomikata says it was an act of murder. It was in actuality an attempt many millions of more innocent lives that would have been lost in a full scale allied invasion. Japan was not going to surrender under any other condition. Almost every Japanese from those children that could barely toddle to the men that could barely walk on how to fight if the allies invaded. Children would have had bombs strapped to themselves and they would run amongst soldiers or under tanks and armored vehicles and blast themselves. They formed banzai brigades with women armed with sharpened sticks and bamboo. They were meant to charge into platoons of allied soldiers and attempted to stab them to death. I do not think it would have done much good if the civilians were properly informed of the possible devastation of an A-bomb for these people saw the Emperor as a God. Also their government was controlled by the military and if the people caused dissidence those participating in it would shortly cease to live. Also no one deserves to be nuked. I emphasis that, "No one deserves to be nuked." Over 3 million allied troops would have landed and the projected casualties were over 1 million. But more importantly the Japanese could have lost over 1/3 of their entire population, most of them women and children. I wish there could have been another way of ending the war.
America had made attempts to negotiate a year earlier but the Japanese responded saying they would never surrender for it was in their honor code and religion that if they surrendered they would lose their souls when they died. The embargo before the beginning of the war was an attempt to discourage the Japanese from building themselves and becoming powerful enough the U.S. itself. We know how that turned out.
Also the holocaust and 9/11 were unprovoked, were not necessary to anyone, and pointless. The bombing of Japan was provoked by their refusal to surrender to conventional invasion threats and it was aimed to ending the war as soon as possible, with as little lives lost as possible, and to prevent a would have been another east and west Berlin in Japan. That might have added to much tension during the Cuban missile crisis that could have been the twig that broke the mules back, or in other words, world wide nuclear war that would have resulted in the possible annihilation of the modern era. As Einstein's reply when asked what we would be fighting with in WW4, "spears and stone knives." So I say the bombing of Japan saved not only the future of Japan but possibly the future of the world.
BlackOpal97 says2015-06-27T11:20:55.053
Report Post
War is unpredictable anything could happen
Privacy Policy | Terms of Use
Sitemap | View Desktop Version
©2021 Debate.org. All rights reserved.