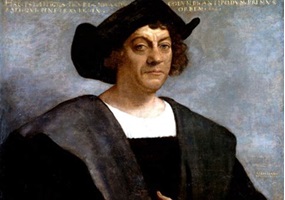 Was Christopher Columbus an evil, Genocidal maniac, And villain?